Startpagina > The Teapot of Ika Land 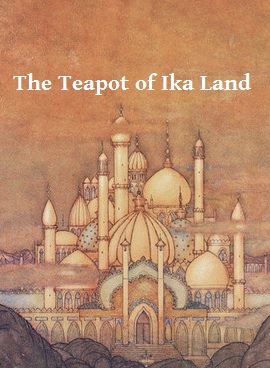 "Candy-city was big, dressed up with mandarintrees and apicrot-trees all over. The walls of the city were high, where a slow soldier was marching. It was snowing, like it often snowed. The soldier was an insect with large antennas, and a very tall stomach, being a very tall insect. His arms and legs were very thin, and he bore a rifle. The king of his city was the teapot. For the insect it was just his job to march on the wall, to protect the city against any attack from outside. Soon another soldier would come to take the job over, so that he could go home. It was just an hour a day he had to be here. Every hour there was another soldier. Another insect came up high, by a thin coiling stairway. He was even taller than the other insect, and also much taller antennas. The soldier smiled, and could go home now.

The teapot was in rage in his palace. No one knew why ..."